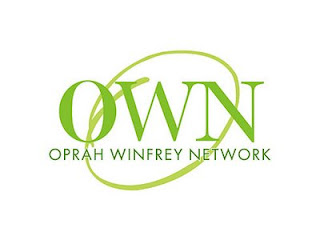 YAY! If you haven't recieved the great news, you're totally late, but I guess I'll fill you in on the greatest news since the start of her career. Ms. Oprah Winfrey has Launched her own network, and it's called "OWN" Oprah Winfrey Network. She has wonderful initials. Doesn't get any better than that, I'm thinking that this was all destined to be for her, and she is completely blessed. Hopefully she knows it, right!

Fans will be waiting, and Ms. Winfrey, who promises to appear in 70 hours of programming a year, will make a bigger splash once production ends on her daytime talk show in May.
As you may know, this is the last season for her show, as her network airs its first show the beginning of the year, January that is. She will have a list of interesting shows! One that I thought was interesting after seeing a quick preview, its a show where the kids of a busy parent go to their place of work and kidnap them for the day to spend time that isn't likely to happen. Oprah actually plans this all out in advance, and pays the person in the end for taking off from work. Interesting huh!?


Her employee and admirer Dr. Phil, who has a big early presence on the new channel, says, "She gets to the answers people want to hear about subjects that matter," and "that whole philosophy is defining the network." So Big ups to Ms. Oprah Winfrey doing her thing! I knew she wasn't going to leave television completely.
celebrity news