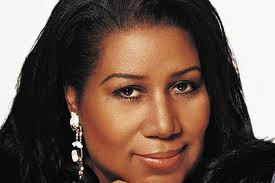 Legendary superstar Aretha Franklin has been fighting a secret battle with pancreatic cancer, according to reports. The Diva's health has been under scrutiny since she revealed just last week she had undergone a "successful" surgery in a Detroit hospital to treat a mystery ailment. New reports surfaced yesturday saying Ms. Franklin has been diagnosed with pancreatic cancer. According to MSN, a family source allegedly shared the sad news with The Detroit News, while another relative is said to have backed up the claims to the city's Fox 2 News. Ms. Franklin has yet to comment, and I do not blame her, but lets keep her in our prayers!
celebrity news