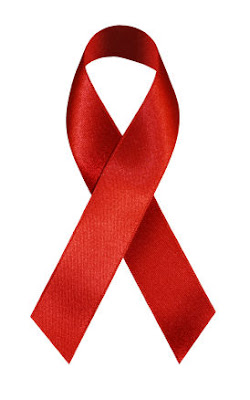 This World AIDS Day, Dec. 1 2010, take action to tackle HIV prejudice and to protect yourself and others from HIV transmission. Get informed and protect yourself, always!
Help the movement!


By: Caroline Roberts
World AIDS Day history represents a struggle to help people understand that HIV, the virus that causes AIDS, can be stopped or at least reduced via preventive measures. When World AIDS Day began in the late 1980s, few people knew how HIV was spread, but more and more people have the knowledge to protect themselves from infection.
Milestones in World AIDS Day History
In 1988, a group of health ministers began to back the idea of World AIDS Day, and the World Health Organization made the day official. Later in 1988, it was recognized by the UN General Assembly, making it a truly global effort. The idea quickly gathered steam.
By 1996, the Joint United Nations Programme on HIV/AIDS (UNAIDS) had been created and began organizing World AIDS Day. This day is recognized around the world and has a different theme each year. A major symbol of the day is a simple red ribbon. Most recently, the program has expanded and is run by the World AIDS Campaign, which raises awareness year-round. The development of World AIDS Day has shown that there is a demand for more information about HIV and AIDS.
Evolution of World AIDS Day
Beyond offering support and awareness, World AIDS Day began by explaining clearly how the virus is transmitted: through unprotected sex and sharing needles. HIV-infected mothers who are pregnant can also pass the virus on to their children. Other purposes of the day were to help remove misinformation surrounding the disease, namely that only gay men get it, and to remind people to get tested so they do not unknowingly spread HIV.
These purposes remain important today, but now World AIDS Day has started to focus on developing nations, particularly Africa, where rates of infection are high. While AIDS treatment and prevention of the disease has advanced over the past 20-plus years, no cure has been found, and AIDS remains an epidemic. While awareness has helped considerably, people are still infected because they do not understand how the disease works, and World AIDS Day helps to carry that information across the world.
celebrity events celebrity fashions celebrity news