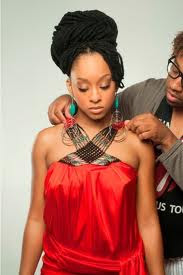 Nerissa Irving is a Natural  Hair Supermodel with over 1,000,000 online views, if you have not heard about her, here's a short Bio of a woman who is highlighted as the one to watch and putting the beauty of Natural Hair on the map: 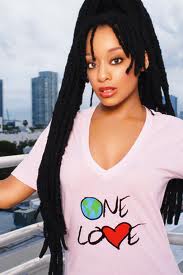 Combination’s of exquisiteness, aptitude and business attributes are not unusual when used to describe “Imperial Goddess” Nerissa Irving. This international tropical beauty is a scarcity within the realm of today’s woman. Born camera-ready, Nerissa relocated to the United States from Jamaica at a young age. Trained as a violinist and dubbed as a child prodigy at age 7, she attended her first model search and was highly regarded by some of New York’s top modeling agencies. With her trademark long and silky dreadlocks, which define her mythical and exotic physical features, Nerissa continues to attract auditions for acting roles and inquiries for ad campaigns. While strengthening her brand and image, Nerissa handles the day-to-day operations as Chief Executive Officer (CEO) of her company Kamoy Magazine Incorporated. She has plans to launch her own cosmetics line, and calendars. In addition, she is currently writing her first novel scheduled for release this yeaer. Nerissa is the face of Jamaican Mango Lime hair care line, and working on a workout DVD series.
Nerissa has been featured in several international and national publications including; 2008 Special Edition Playboy’s Natural Beauty, 2009 issue of Playboy’s Sexy 100, 2009 Playboy Nudes, Vibz magazine (French), Tribes Magazine, Afro Glitz magazine, Sophisticates Balck Hair Magazine June and October  2010, eLife Magazine (Bahamas), and Complexd Mag (Uk).