OH NO: Beyonce is at the center of controversy! 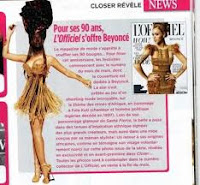 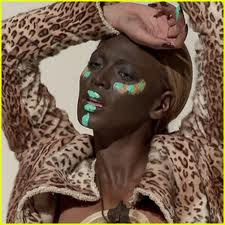 Yeah it's cool that Beyonce is on the March issue of L'Officiel Paris, but it's a controversial photo of the superstar inside the French fashion magazine that's getting the most attention. Her face is painted black...some folks are calling it a 'Black Face Photo' referring to the struggle in our past, and are taking it the wrong way. She's already black, so I really don't think she's trying to say anything, but if she is! She's a little insane.

Hell, maybe it was a bad idea, but then again she probably didn't think anything of it, but who knows. The French probably thought it was art, I don't know. This is just some more drama added to the list that she's already acquired over the years.
What do you think of all of this?!

Even the cover of the mag is getting buzz as well, with some stating that Beyonce is looking unusually pale. This is all crazy.
celebrity events celebrity fashions celebrity hair celebrity news